Sixty years ago today, Khrushchev tried a dangerous play. Fidel Castro had asked the Soviets for nuclear missiles in Cuba. They complied. This led the US and USSR, in October of 1962, to the brink of nuclear war. For over a month the superpowers militarily postured, bluffed, and negotiated. President John F. Kennedy and First Secretary Nikita Khrushchev were, in the words of Secretary of State Dean Rusk, figuratively “eyeball to eyeball.” But on November 20, the Soviet leader finally blinked. JFK gained his greatest foreign policy victory.

But it was a near thing. A very near thing. How did it come to that? And how does the Cuban Missile Crisis compare to current nuclear threats from Vladimir Putin over Ukraine?

The Lead Up to the Cuban Missile Crisis

Some historical context is in order. The year before, in April 1961, the Bay of Pigs invasion of Cuban exiles had ended in abject failure. In large measure, because Kennedy had withheld air support. As a result, Castro feared another attempt to topple him, perhaps a direct American invasion. And Khrushchev thought Kennedy weak and indecisive.

In addition, Soviet strategic planning intruded. The US had seven times as many nuclear warheads as the Soviets. Some 27,000 v. under 4,000, respectively. America also had nuclear-armed missiles in Turkey. Moscow had no such forward deployed assets. But having nuclear missiles within 90 miles of Florida would help offset the American advantage. Especially since Soviet IRBMs (Intermediate Range Ballistic Missiles) were more reliable and accurate than their few ICBMs (Intercontinental Ballistic Missiles).

Another major factor was Khrushchev’s desire to get control of all of Berlin. He calculated that he might be able to trade removing Soviet missiles from Cuba for the West abandoning West Berlin.

In early September the missiles began arriving in Cuba, along with additional Soviet military personnel. Meanwhile, Kremlin officials lied to their American counterparts. They claimed that only supplies, not offensive weapons, were being sent. American intelligence analysts, however, noticed that the Soviet surface-to-air missiles were set up just like ones around ICBM sites back home. Then on October 14, a U2 flight obtained photos of the actual IRBMs.

These were verified the next day and given to President Kennedy on October 16. He then had his brother, Attorney General Robert Kennedy, query the Soviet ambassador. Anatoly Dobrynin lied, denying that any missiles had been sent to Cuba. But in fact they had shipped 66 nuclear-tipped IRBMs to the island. Missiles that could hit the US mainland in 17 minutes. Nine of these were already operational by the time the US had this intel. (Some of this info comes from Paul Johnson, A History of the American People, pp. 862-865.)

Kennedy’s EXCOMM, a national security committee set up to advise him, laid out six possible responses:

Vice-President Lyndon Johnson, along with much of the Pentagon brass, supported air strikes. “But, almost from the start, Kennedy rejected any such approach. He had been infuriated by Khrushchev’s lying and was determined that the missiles had to go. But he was also persuaded … that an unannounced air strike on the sites would smack of Pearl Harbor and was not in the US tradition” (Johnson, p. 863).

The President finally settled on the blockade option. But, at the advice of the Chief of Naval Operations, Admiral George Anderson, called it a “quarantine.” A “blockade” was technically an act of war. Kennedy informed Khrushchev, and the American public, of this course of action on October 22 in a dramatic, chilling national address.

The Soviet leader tried to get the Americans to promise never to invade Cuba, and to take their IRBMs out of Turkey. Kennedy agreed to the first demand, publicly. But only secretly to the second. Finally on October 28 the Soviets relented and agreed to remove the missiles.

How It Almost Led to War

But all almost did not end well. Four separate times over those several weeks, nuclear war nearly broke out. Throughout most of that period, American forces were at DEFCON 3, with SAC (Strategic Air Command) at DEFCON 2. (5 is the lowest. 1 is “imminent nuclear war.”) On October 25, a bear climbing a fence at a missile base in Minnesota was mistaken for a Soviet saboteur.

Two days later, things got much more serious. The Soviets shot down a US U2 over Cuba. Then a Soviet submarine heading to the island was intercepted by an American destroyer, the USS Beale. That ship dropped practice depth charges, in order to force the sub to surface. The Soviet Captain prepared to launch a nuclear torpedo at the nearby USS Randolf, an aircraft carrier. But another Soviet officer — either higher ranking, or the second-in-command — disagreed, and nuclear war was averted. 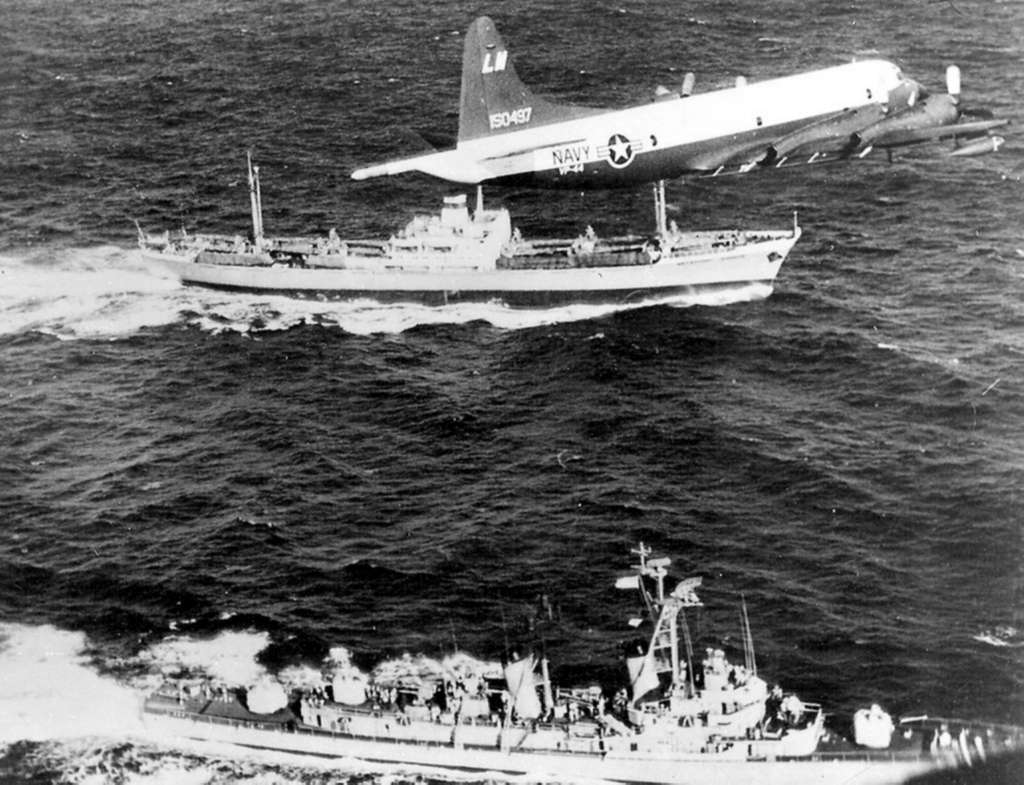 Also on October 27, another US U2 strayed over Soviet territory in the Bering Strait. The Soviets scrambled MIGs, while the Americans sent out F-102s. But the respective fighter squadrons missed each other. Thankfully.

Just over a week ago, Russian President Vladimir Putin  raised the prospect of deploying tactical nuclear weapons should the US or NATO attack Russian forces in Ukraine. This would include the eastern provinces, which Moscow now claims as part of Russia. There has been much hue and cry over Putin’s threat. Notably from President Biden, who invoked “Armageddon” on the topic. Yet his CIA director said that “we don’t see any practical evidence today…that he’s [Putin] moving closer to actual use.”

The temperature level was also not helped when Ukrainian President Volodymyr Zelensky called for NATO to take “preventative strikes,” which his interpreter quickly changed to “preventative action,” to head off Russian use of nukes. That was wise, since it smacked of Fidel Castro’s “Armageddon Letter” during the Missile Crisis, in which the Cuban leader urged the Kremlin to nuke the US if it invaded his country.

Maybe. But Ukraine is Not Cuba

There are several differences between Cuba in 1962 and Ukraine in 2022. First and foremost, Russia is not threatening America with nearby missiles — or at all, for that matter. Second, the Cuban Missile Crisis “took place at a time when the strategic nuclear equation was still strongly in America’s favor, and in a theater where America enjoyed overwhelming advantages in conventional power” (Johnson, p. 865).

Now, however, the balance of power is quite different. Russia has just under 6,000 nuclear weapons in toto. The US has about 5,400. In terms of tactical, not strategic, nuclear weapons, Russia has over 1,900 while the US has fewer than 300.

Yes, the UK and France each have several hundred nukes, most or all of which are strategic, not tactical. (Tactical nukes are of much smaller destructive yield than strategic ones. They are theoretically meant to destroy enemy troops and weapons formations on the battlefield, rather than an enemy’s cities.) But French President Emmanuel Macron has already ruled out a French nuclear response, even if Putin were to use such weapons in Ukraine.

Pray for Ukraine, Russia — and America

Russia’s invasion of Ukraine, no matter how Putin might justify it, is horrible. Our State Department early on accused the Russians of war crimes. The Ukrainians may also have committed some of their own. While Russia is primarily to blame, we need to “pray for the people of two historically Orthodox countries who are defacing the image of God in each other.” And we need especially to pray for the leaders of Ukraine, Russia and America. May God show them the wisdom of John F. Kennedy who, 60 years ago, steered the world clear of Armageddon.